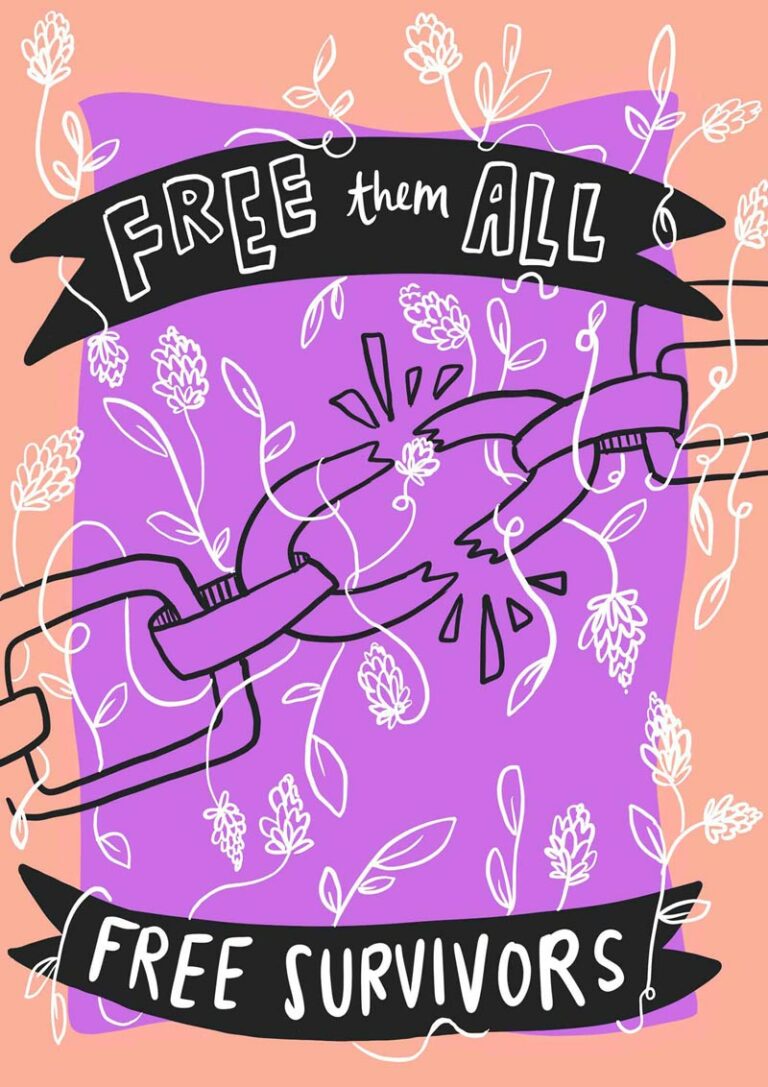 Illustration by Laura Chow Reeve of Radical Roadmaps, via Justseeds

The MeTooBehind Bars NLG Work group supporting self-organizing and self-advocacy of queer, transgender, and gender non-conforming people inside women’s prisons in California and in support of the MeTooBehindBars campaign.

In parallel with the campaign, NLG – SFBA law firm Siegel, Yee, Brunner and Mehta have filed a complaint against the California Department of Corrections (and “rehabilitation” – CDCR).

To get involved in the MeTooBehindBars work group or campaign, email us.

The NLG-SFBA MeToo Work Group supports the lawsuit and the campaign by:

MeTooBehindBars works to expose and end gender-based violence by prisons against transgender women and men, gender non-conforming and queer people, and cis-women. It also calls for protections for whistle-blowers inside prisons. Furthermore, the campaign exposes the root causes of incarceration, lack of employment options and housing, that disproportionately impacts queer and TGNC people of color and results in self-medication, self-defense from abusive relationships, sex work, and participation in the street economy.

The campaign began in response to two vicious assaults – one on November 11, 2015 and another in January 2016. Correctional officers beat up, sexually harassed, and hurled homophobic and transphobic insults at four people of color – a transgender man, a gender non-conforming person and two queer women – who were all incarcerated at the Central California Women’s Facility (CCWF). Each were denied medical treatment for their injuries and were prevented from filing grievances about the assaults they had experienced. The assaults are particularly reprehensible because all of the plaintiffs are survivors of sexual trauma and violence. They were assaulted while advocating for their basic human rights.

On November 9, 2017, NLG – SF Bay Area lawyers Dan Siegel, Anne Weills and EmilyRose Johns filed a lawsuit against the State of California and the California Department of Corrections and Rehabilitation (CDCR) on their behalf. These cases reflect a larger pattern of abuse across jails and prisons nationally and in California specifically. It is part of a climate of increasing violence employed by correctional officers against transgender, gender non-conforming (TGNC) and queer women prisoners. They represent a backlash against hard-won legal rights for trans people in prison, such as the right to access hormone therapy. They also re-traumatize people who have suffered sexual violence, homophobia, and transphobia before they were incarcerated.

The lawsuit is both a catalyst and a mechanism to generate accountability. However, given the limitations of the criminal legal system in holding CDCR accountable, the campaign is organizing a people’s hearings to build mass consensus and mobilization. The goal is to expose and demand administrative and legislative changes to end gender-based violence and release people incarcerated for crimes of survival.

Find Something interesting?
Join Us.