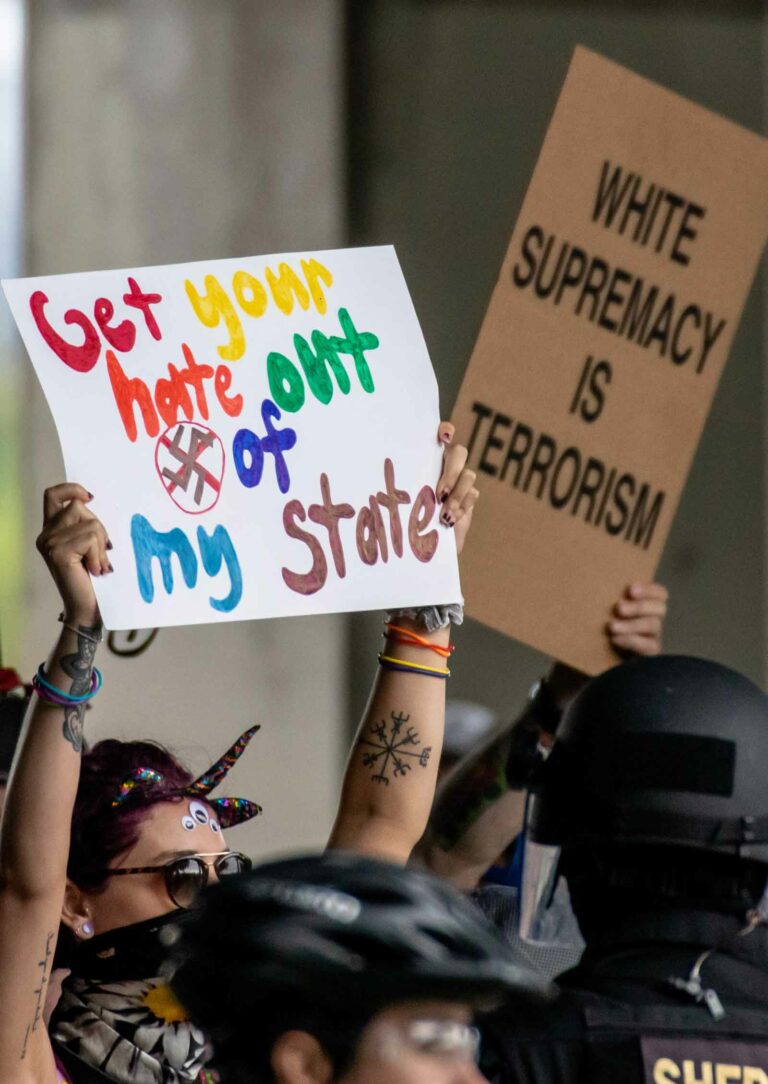 The Bay Area Anti-Repression Committee (ARC) stands against political repression and is in solidarity with all those who challenge the state, capitalism, white supremacy, and all other forms of systemic oppression. We provide support for actions that are anti-racist, anti-patriarchal, anti-imperialist, and anti-capitalist. Our work comes in the form of education, information and referrals.We work directly with the National Lawyers Guild SF chapter to provide court and jail support as well as manage a bail fund that we use to bail out people arrested at actions and demonstrations.

Priority is given  to those who are the most at risk of being targeted – Black and Brown people, transgender people – and those who do not have the resources to post their own bail. ARC maintains this bail fund so we can serve as a community resource and as an integral aspect in building a culture of solidarity. We believe that extending solidarity to those that the state criminalizes the most is a basic and practical assault on white supremacy, both within our movements and in society in general. We see our work as part of the larger struggle of abolishing prisons and police.